Off the Map: What's It All About?

I am very hesitant to begin a new blog, but I am not exactly sure WHERE to post my thoughts about a myriad of other things that I want to write about, other than archaeology. So, I've created Off the Map. This will be a blog about well....anything and everything.

For my first post, I wanted to talk about maps, the name of the blog, and maybe a little something about what you might come across if you happen to read it... today it's maps, tomorrow it may be a recipe for grilled salmon, the history of viticulture, philosophical anthropology, cornbread, atheism, hiking gear, or literature/poetry. If there IS one overarching or connecting idea - it is reality - Truth with a capital T. As theologian/philosopher Hans Urs Von Balthassar has said, "All truth is symphonic." All of reality (from Quarks to Quasars) is a great symphony, and sometimes it is good to take a closer look at one part of the score written by the Master Composer.

I love maps, especially old ones.

There are so many great things to love about maps. I can't think of a better way to spend the evening than opening a bottle of good Spanish Rioja and musing over a table full of old maps. Maps are very similar to literature in the sense that they take you on a journey. Maps, of course, are visual. Unlike literature, maps can take you on a REAL journey - depending on how accurate they are. They record so much more besides geography. I could go on and on. The map that is seen (at least partially) as the theme picture for this blog is fascinating, and I chose it for it's own history and for what it symbolizes.

The map is called, Kunyu Wanguo Quantu (in Chinese). It is also called, Carta Geografica Completa di tutti i Regni del Mondo, (in Italian) or "Complete Geographical Map of all the Kingdoms of the World."

It was created by Italian Jesuit missionary Matteo Ricci (1552-1610). Ricci's map was crucial in expanding Chinese, as well as Japanese knowledge of the wider world outside Asia. Just as many Europeans were not aware of the East (until Marco Polo), Asian cultures were equally not aware of the West and the larger world. Before the map, Chinese emperors in Beijing believed (for the most part), that there were no other civilized cultures in the world besides their own (sounds familiar, huh?).

The map was printed in 1602 at the request of Zhu Yijun, Wanli Emperor, - the 14th Emperor of the Ming Dynasty. As all good maps do, the Ricci map of 1602 showed (although not exactly precise) all that was known at the time, including trade routes, political boundaries, exploration, geography - essentially, all that was known then about the geographical world at that time.

Ricci's map accurately showed North and South America, which had been unknown to most of Europe and the East until the voyages of Columbus and later explorers. Collectors of maps and historians of cartography consider the Ricci map a "Black Tulip of cartography" because of its rarity and exoticism. You can read more about Ricci and his map on the links above. If you are interested in cartography and have time, then I strongly encourage you to do so.

The Ricci map is a reminder to us - although - we often don't like to admit it, that there is MUCH that we still do not know. This is actually still true of modern cartography. Although we have mapped the earth, there is still a vast amount that we do not know. Our understanding of ocean floor and the dynamic forces that continue shape the earth, are far from complete.

The greatest explorers were the ones who ventured off their maps into an area cartographers called, terra incognita ("unknown lands"), or ...here be dragons.

On a practical note - the most amazing experiences that I've have had exploring the outdoors (where I have learned about new places), is when I purposely walked off the marked trail, or when I veered off the map by accident....

"Off the map..." is both a title and a metaphor for exploration.

In this blog, I offer my thoughts on a wide range of subjects and topics....

My hope and prayer is that you will find them interesting, inspiring, challenging, and most of all that they speak the truth about the way things actually are... not just as I see them.

That is my hope anyway.

Only in Christ is there - "Joie de Vie"
~Ted

PS - Next time you or your family head out on a hiking excursion, step off the trail and off the map... You'll be surprised and delighted at what you might see & learn. Like Bilbo Baggins, you might even have an adventure along the way. Hopefully, you won't run into any dragons. 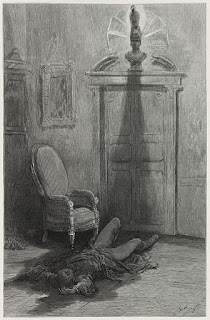 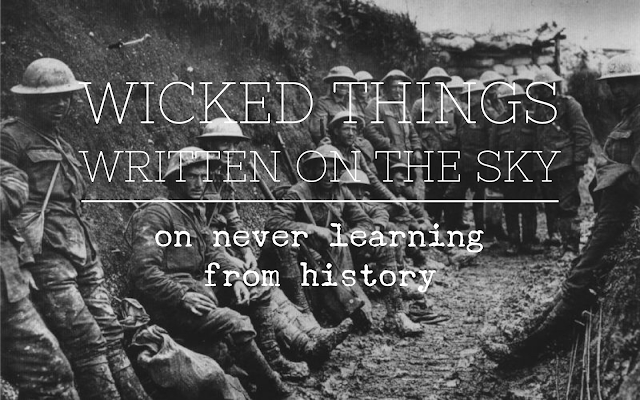 Wicked Things Written on the Sky